”Essence of each actual cogito covers things’ having consciousness.  all experiences of common eidetic characteristics are ”intentional experiences”; in the scale of being conscious of something, they are accepted as this thing. In accordance with the conditioned necessity relationship in question, along with the thing that permeated into the essence as ”a priori”, they are the experiences which are considered purely according to their essences that are pure. When an experience is told to be the consciousness of something, for instance when an imaginary creation is told to be a sanger’s imaginary creation; however, in the same way when a perception is told to be the perception of its own ”real” object; when a court is told to be about some related condition, etc., the crude concept of experience, which existed and particularly included into psychological context, is not discussed: the pure essence, which is comprehended via ideation as long as it stands as an idea, is discussed. The essence of experience’s self does not only contain the subject’s being a consciousness, but also with what the experience should become a consciousness and in what determined or undetermined context it is so, covers the essence of experience’s self.”
”The world can have its full existence only within a certain meaning form which assumes absolute consciousness as the basis for the explanation of the meaning”
– Edmund Husserl. 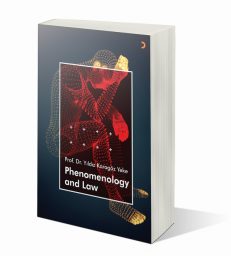